Make sure you stop over to my latest link party!

I have been wanting to do this for a while.  I have heard of people who do a 30 day crafting with only what they have on hand.   Well I am here to say today is the start of that.  I will not be going to the DI (or Goodwill) to buy anything.  I will take things that are giving to me, but I can't buy anything.

Here are a few things that are on my list for the month:


The sad thing is this is just a few things that I could  do with what I have on hand. If there is anything that you would like to see a tutorial for just let me know!  I will try to do tutorials for all of them.

This is my newest want!

Sure Cuts A lot 2
I have heard great things about it!  I hope I can talk myself into getting it for my birthday.  Let me know if you have heard anything about it.  I really want to get it!

I just wanted to say....  I have no idea what is going on with this week's linky party.  It kind freaked out and I tried to fix it.  But it didn't work sorry! 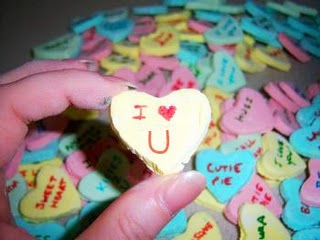 Over at the Junkstore, made a purse out of a pillow case. 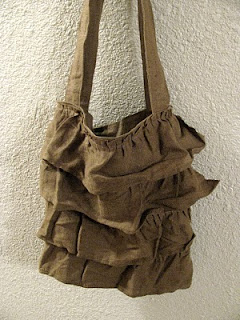 Aj, over at The "J" Family, redid an amazing dresser for a kitchen island. 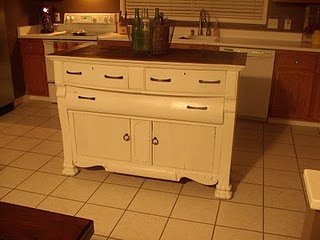 Shannon,over at Living My Life On Purpose, made a super cute heart wreath. 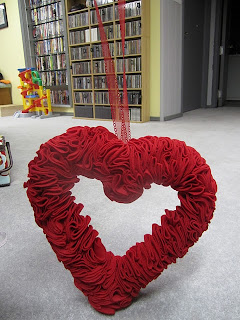 Chelsea, over at Crafter's Anonymous Club, made a CD book.  I love this idea! 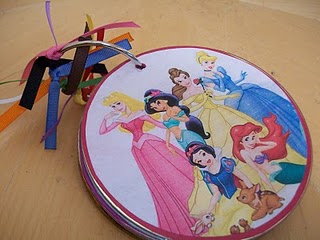 If you knew my hubbie you would know that he is a huge hunter.  Well last night he wanted to go to Sportman's Warehouse.  I told him that I  would run over to Target and check to see if they had anything on clearance that I would like to get.  I told him that I was more just pricing then anything.

I just found out this last week that it is about 95% sure that I will be having a baby girl!  Which we are so excited.... but I have very little girl stuff since I have a little boy.  So was looking around at all the cute girl stuff and just saw the dollar signs.  I was getting a little overwhelmed.

Then I found an area that had some clearance items.  Needless to say, I could have spent about $60.  But that was not in the budget.  So instead I only spent $34.  This is what I was about to get! 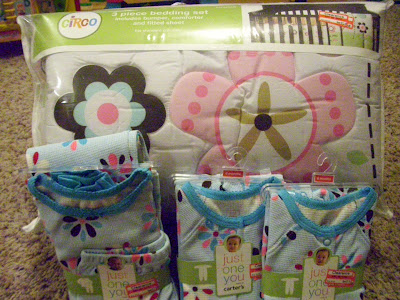 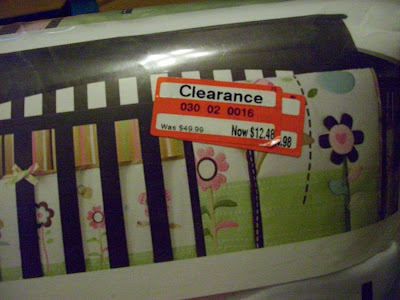 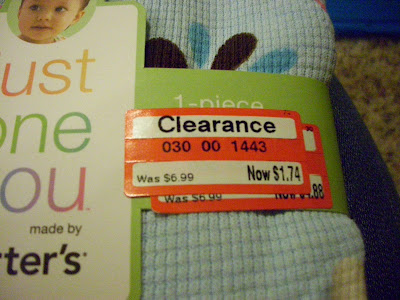 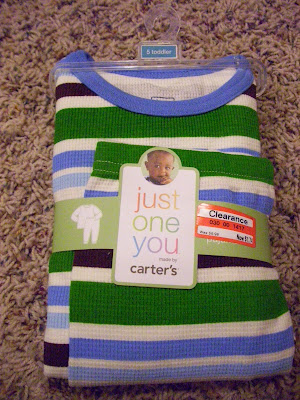 Then I found some clothes.  I was so excited because they were so inexpensive!  I could have bought so much more, but I restrained myself.  Here is what I got for under $9.  I feel in love with that onesie. 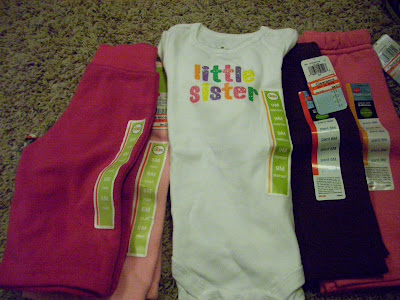 Then I found a couple of random things.  I got 2 packages of  safety plug protectors for $0.83 each. Which is great because my son just decided it was cool to play with plugs. I also got two sippy cups for $1.72!  I was so excited! 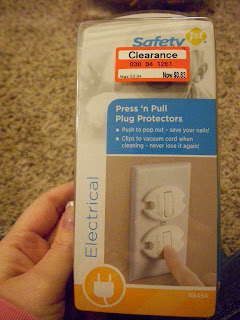 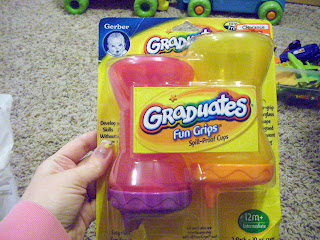 So at this moment I love Target.  Now my hubbie on the other hand, he just laughed and said, " I thought you were just checking prices."  Well..... I guess I shouldn't price check.

Welcome back to Tuesday Tell All.
I am so excited that I remembered to get this post done!  I am so excited about today's projects.  This last week had such great ones!  I had such a hard time picking.
Amy, over at Increasingly Domestic, made this super cute Circle Garland. 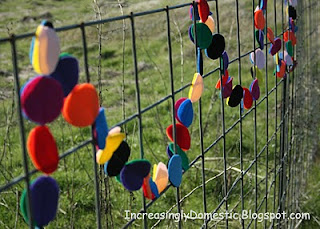 Clarissa Emily, over at a Little Stone House, redid a frame and made a Chalk Magnet Board. 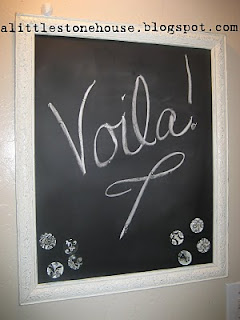 Suzie, over at Stay Calm and Sew Something, is making a Wedding Dress.  Yes, you read that right!  It is amazing!  I can't wait to see it done. She shows us how to make petal shelves.

Terra, over at Mama Says Sew, made this amazing Tied Circle Shirt. 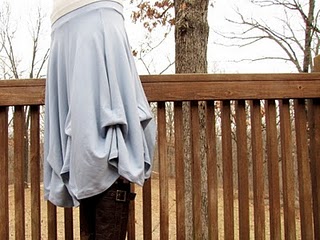 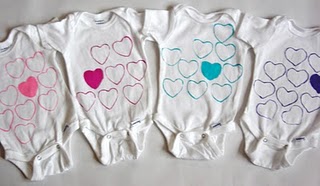 I am in need of your help...
I am in a blah!
I think that those of us who don't like  snow get this way around this time of year.  Christmas is over and the weather is not the best.  I have no desire to decorate the area where we live.
So what I  was wondering, is how do you get back is the swing of crafting.  Also I am 4 months pregnant and I have a 2 1/2 year old that is potty training!  So help.
How do you make time to do the things that you love?
I think this is the never ending question that we have a  mother!
Just let me know what you think.  Thanks!

Welcome to a late Tuesday Tell All!!
I am so sorry, I have serious pregnancy brain.  Also any of you that have potty trained a little one know how hard it is and how it takes over you life!  That is what I have been doing for the last few days. Let's get this show on the road!
Michelle, over at Dream Home DIY, showed us how to make these yummy Cinnamon rolls! 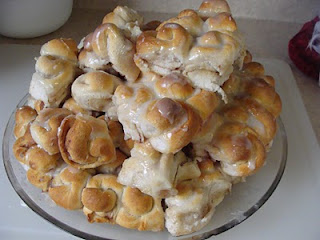 Katie, over at Katie's Nesting Spot, made this super cute photo album. 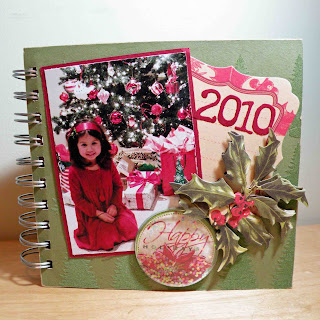 Darrah, over at D 2 the 4th power, made these really fun chore charts. 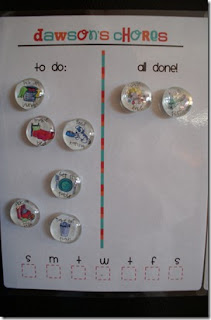 Amanda, over at Ninth Street Notions, show us how to make Flannel Burp Clothes.  I will need this in a few months! 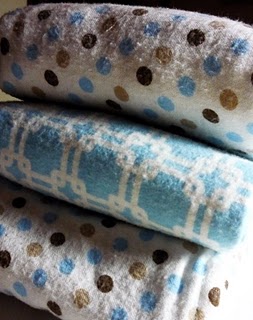 Shannon, over at Living My Life On Purpose, show us how to make a penguin. 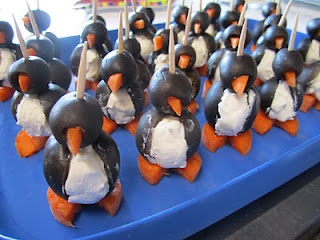 My friends I have pregnancy brain!  I will be posting the party as soon as I can!

Welcome to Tuesday Tell All in 2011!
I hope that you all had a enjoyable and safe New Year's!  I am so excited to see what you all have been up too.  You all are so talented and I love to see what you have to show me.
Ashley, over at Blessings by Blog, made this amazing berry wreath. 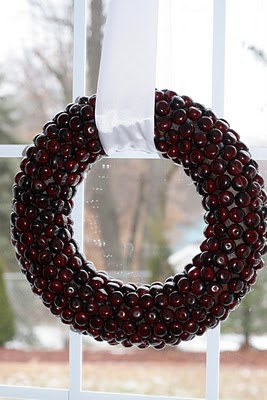 Lori, over at Paisley Passions, made this super cute growth cart.

Haley, over at The Autrocrat, threw an very adorable pink and brown baby shower. 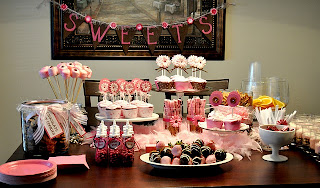 Megan, over Homemade Ginger, made some of the cutest felt stockings that I have ever seen! 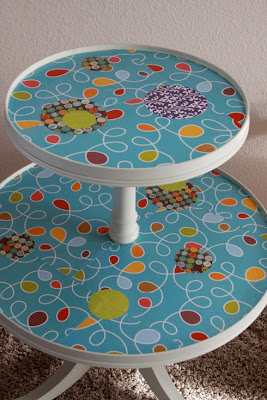